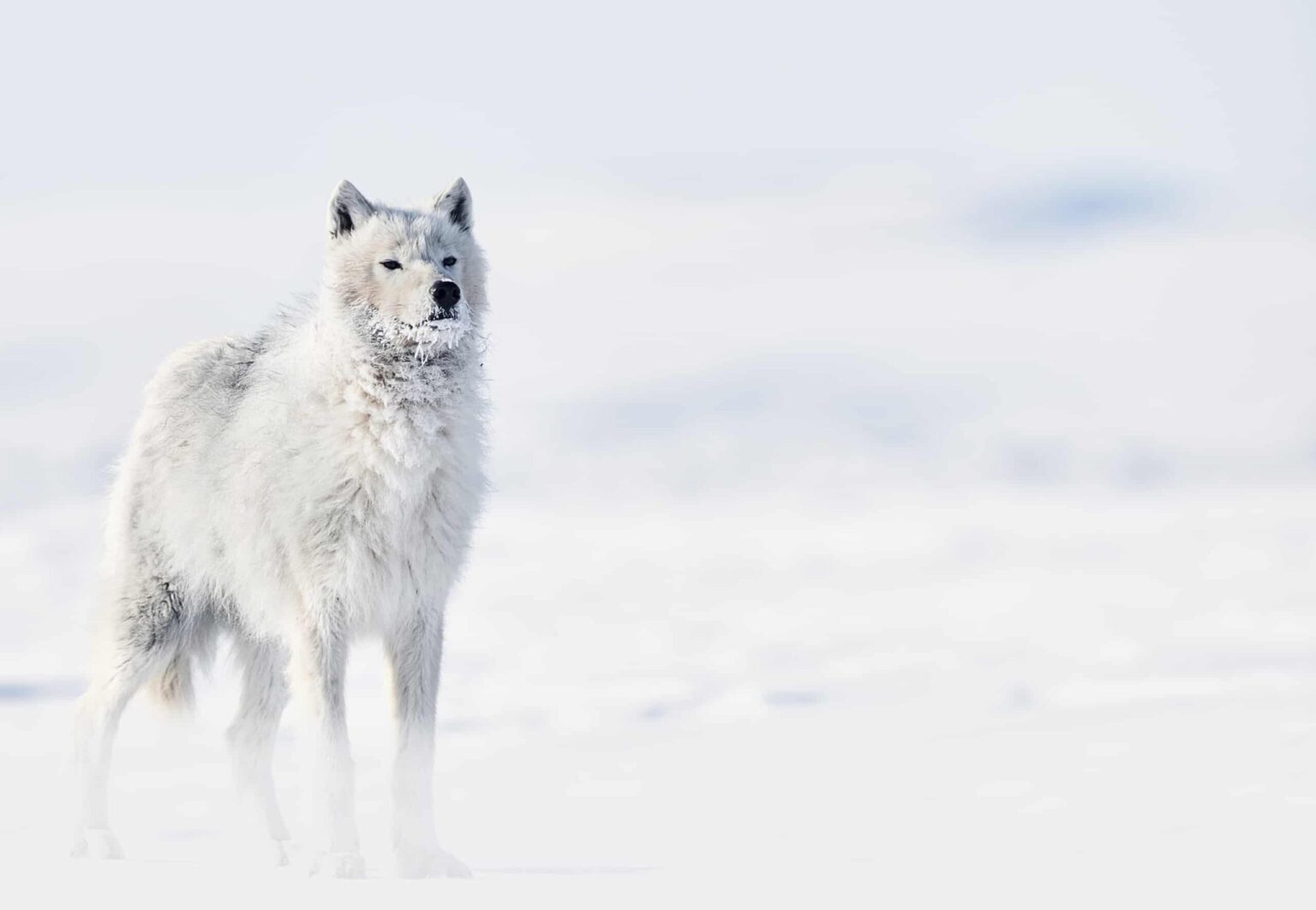 Every photographer has their own favorite subject to photograph. I have a particular soft spot for Snow wolves. No other wolf has the same beautiful plush white coat. This plush coat is a product of the extreme winter habitat. Other kinds of wolves can also survive in icy habitats and have some white coloration too, but the snow wolf is a sight to see. I am so fond of these wolves that I subjected myself to impossible conditions to be able to bring back snow wolf pictures.

Snow wolves, also known as Arctic wolves, are part of the canine family. These carnivores don an impeccably white year-round coat that makes them look magical. Their name is derived from the frigid habitat that they live in. While their appearance is not only aesthetically pleasing to us humans, it also functions as camouflage for them. Their milky fur allows the snow fox to melt into the white scenes of their home. Their camouflage helps them be avid hunters of muskoxen, arctic hares and caribou. Snow wolf pictures are quite difficult to obtain even for an experienced photographer but are very much worth the effort.

People have always looked up to wolves, with reasons ranging from fear to awe. Wolves have dazzled us enough to be featured in our art for centuries. One of the more famous examples of a wolf in human culture is the famous bronze Capitoline Wolf statue. The mother wolf nursing Romulus and Remus is considered to depict the ancient legend of the founding of Rome. Then in the 1940s, and the same wolf intrigued the famous abstract expressionist painter Jackson Pollock. Pollock explored ancient themes and mythological animals. Today, people’s fascination with wolves hasn’t wavered. Instead, snow wolf art and snow wolf pictures are more accessible than ever.

If the universe were kind, it might have made it easier to capture pictures of snow wolf. However, in spite of their beauty and how much some people try to photograph them, snow wolves are incredibly difficult to photograph. On the bright side, their rarity does make the instances when we do get snow wolf pictures more valuable and exclusive.

The rarity of wolf pictures certainly does add to their exclusivity and value. When you take into consideration all that goes into photographing wildlife, the added coyness of wolves understandably adds to the difficulty. Not many animals are more elusive than the wolf. This makes it very difficult to spot them and photograph them. They also tend to have vast territories that they use to hunt prey. The arctic wolf is a subspecies of the grey wolf, that has territories from Canada’s Queen Elizabeth Islands to Melville Island to Ellesmere Island.

There are no reviews yet.